So I joined Asiaâs Next Top Model, Cycle 5â¦

If you’re following my InStagram accountS @thebaghag and @thebaghagdiarieS, you might already know that yes, I auditioned for Asia’s Next Top Model (AsNTM) cycle 5. Pause… *LOL* 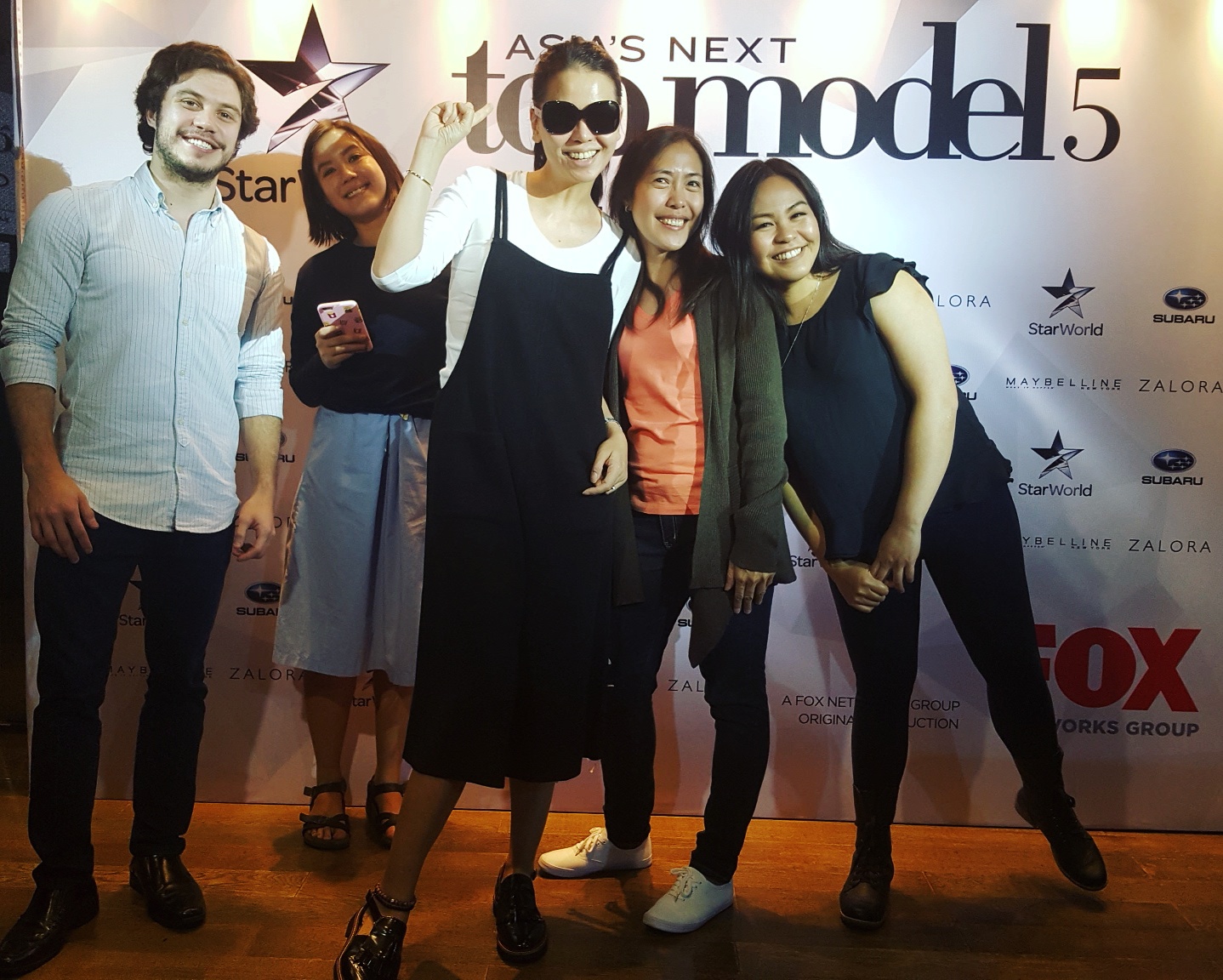 The executive producer and his crew were in town for the open Model casting here in the Philippines, and they were hoping to pick one or two Filipina ladies who will participate in Cycle 5 of the show. I showed up to the open casting call with my son on our way to another place, but before I knew it and at the insistence of the visiting producer who saw me just “hanging out”, it was number 429. *swallows*

Ok wait, those who were laughing at me for joining, what’s so funny? Don’t have what it takes to be Asia’s next top Model? *LOL!!* So… I answered some documents to the best of my knowledge. Some of the questions (with my answers) included:

It was time for the interview: I had to strut to the end of the room where there were bright lights, a rolling camera and a sofa with 3 people. These producers came from Malaysia, Hong Kong and Singapore. I already recognized the man who pushed me out of my happy space earlier and insisted I audition haha. He was also sitting on the couch and is the executive producer of the show. “Oh hi” I said 🙂 *sweating at this point LOL*

I can imagine how stressful this experience must have been for most of the contestants because this was the moment they were being watched by their character, how articulate they are, and how they “project” themselves on camera. And then there was me. Playing around and goofing around, and some bits of Snapchat (because it wasn’t allowed otherwise) *LOL*. I was officially the William Hung (google him if you don’t know him) of AsNTM. Yes! Imagine that! They asked me to do a runway walk, then they asked me to strike 3-5 poses for them. Oh, wow. Haha, there was no way she could keep a straight face there, so there goes her William Hung-esque footage *LOL* She bangs, she bangs! She moves, she moves! LOL!!

Right. So yeah, while I did successfully embarrass myself in front of my son, who was allowed to watch my audition by the way (poor kid, traumatized with Mama Bear madness lol), I also got to fully experience what goes on in an Asia’s Next TopModel. hearing. So, the truth finally came out that I had secretly wanted to become a model since… forever! And auditioning for AsNTM is as close to that dream as you could ever get! Ok… No. Hahaha! Now if I was born with the perfect features and that personality, I would have been totally gone. Hey, shouldn’t you waste the unique gifts of God and the universe on yourself???? LOL I can’t even be a serious style blogger… what else model?! Hahaha… she fucks, she fucks… 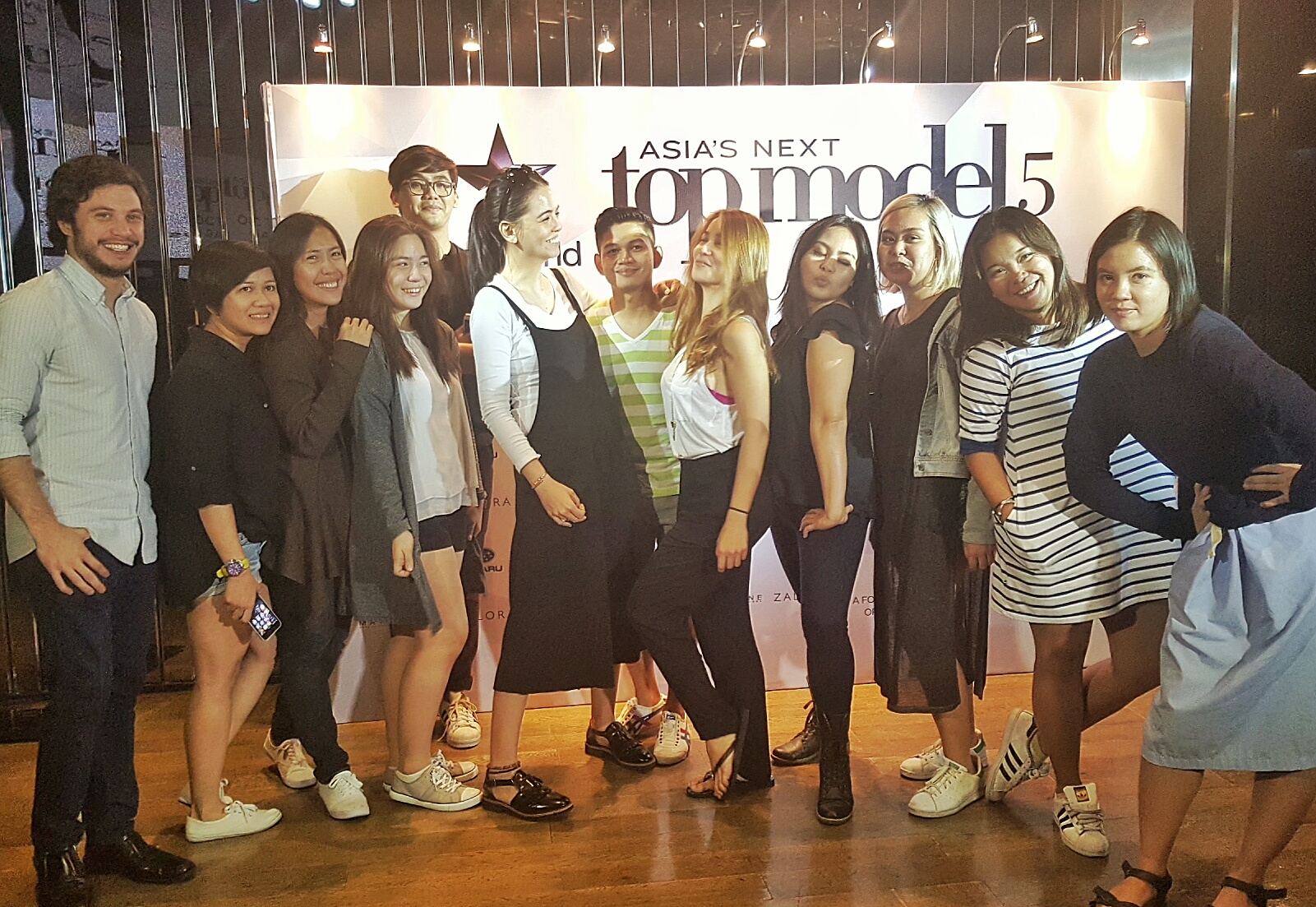 On a serious note though, I am thankful that there is now a show like this out there looking to find women who have that potential to become a top model. Because honestly,Only the Philippines has so many beautiful women who deserve to stand alongside the Caucasian women currently dominating the runways and major print ads in the fashion and beauty industry.

And damn, if it wasn’t for that age requirement (17 to 27 years old–crap OR I was sooooo wrong, but I fooled the producer into thinking I was in the age range LOL!!!), I could have been the Asia’s Next Top Model! *cue laugh* LOL!!!

Thanks to Fox and Star World Philippines as well as the visiting producers of Asia’s Next Top Model! That was a really great experience for a “would have been, could have been” model *LOL*! 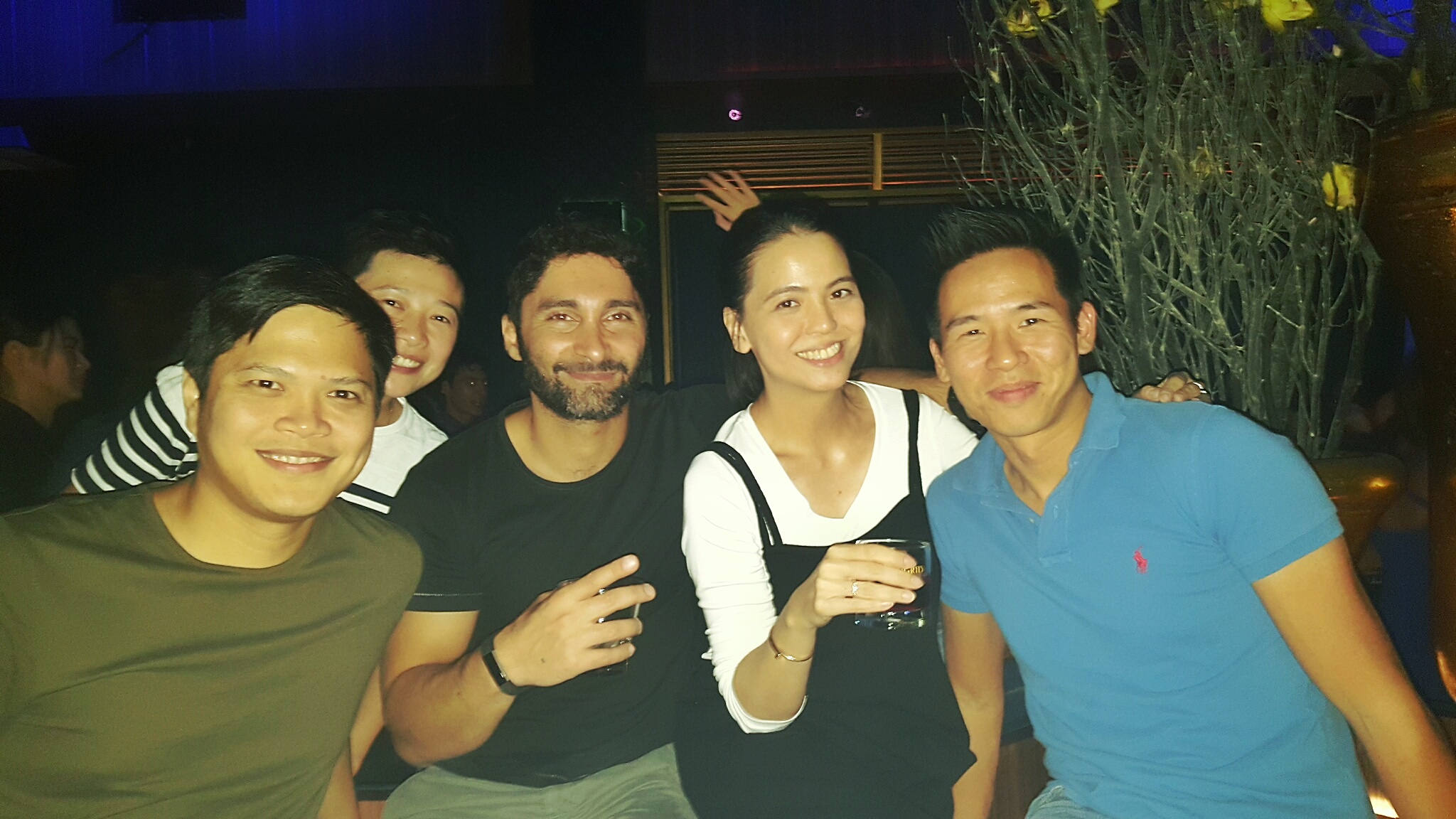 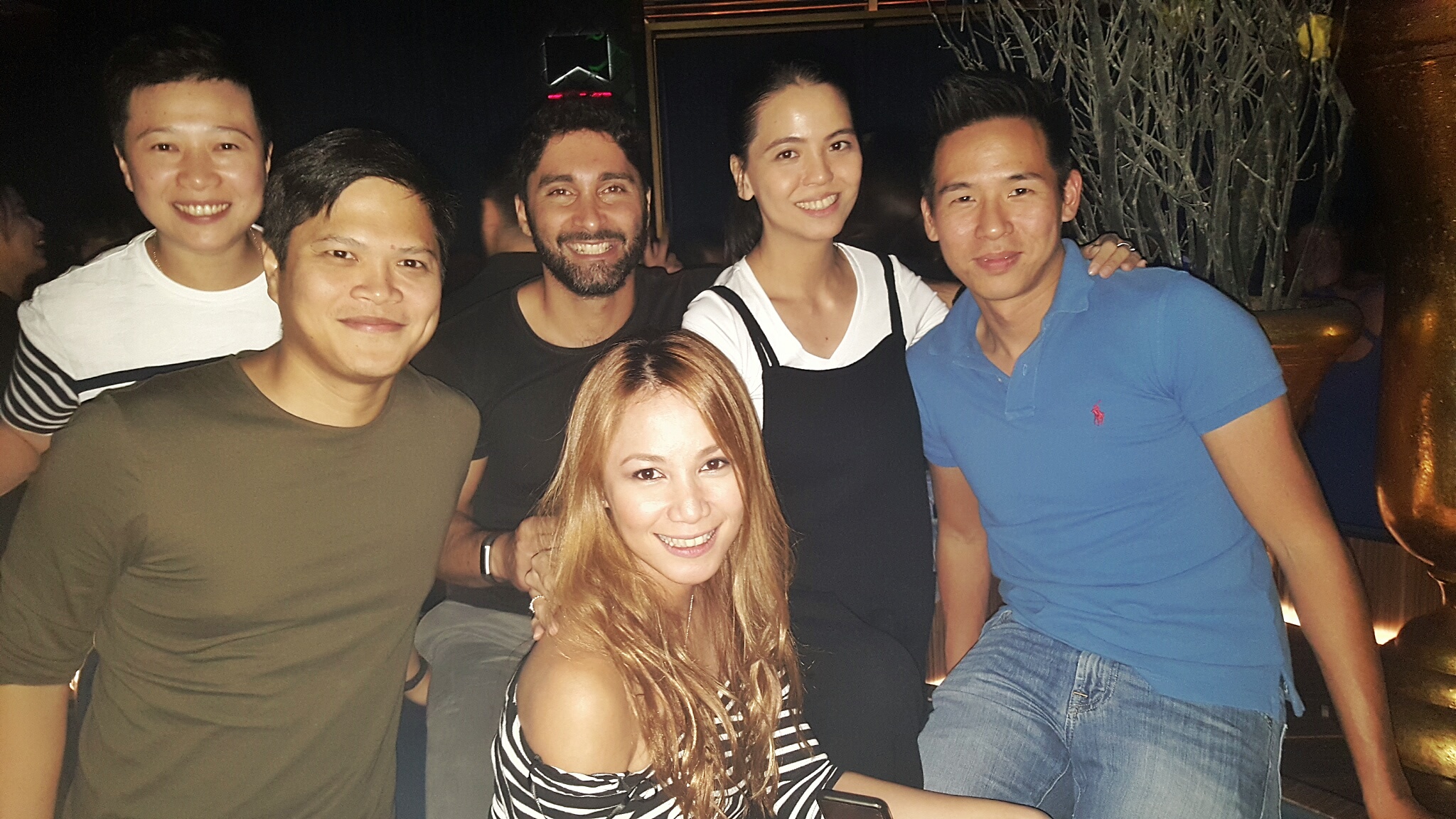 Have a great Sunday, and I hope your weekend was more adventurous than mine 🙂

And don’t forget to keep an eye out for Asia’s Next Top Model Cycle 5, only on Star World!

… new bags, of course! Rich jewel tones for Spring/Summer 2013 that include new shapes. The top-handle “kelly” style will defi...

END_OF_DOCUMENT_TOKEN_TO_BE_REPLACED

Today has been a loooong crazy day that started at 10 in the morning and lasted until a few hours ago. She was literally runni...

END_OF_DOCUMENT_TOKEN_TO_BE_REPLACED

Travelogue: Singapore for Tiffany and Co.

I am currently in Singapore for the exclusive launch of the new Tiffany and Co. collection and the presentation of the brand's d...

END_OF_DOCUMENT_TOKEN_TO_BE_REPLACED

Hello everyone! I thought the best way to work through fashion week posts now is to work backwards from the last show of the sea...

END_OF_DOCUMENT_TOKEN_TO_BE_REPLACED

Style: When Designer Merchandise Gets Tacky

Luxury brands these days love to invent "gimmicky" products in an attempt to modernize their image and make them in demand. They...

END_OF_DOCUMENT_TOKEN_TO_BE_REPLACED

Hello everyone! I finally managed to have some time to write! Currently in my car on my way to the train station to head to anot...

END_OF_DOCUMENT_TOKEN_TO_BE_REPLACED

This is the first official release of Jonathan Riss (initials J.R. hence the Jay Ahr label) and it was a smashing success! I had...

END_OF_DOCUMENT_TOKEN_TO_BE_REPLACED

I left the show a bit early (kudos to me haha) and left my phone in the process. Hey? Emporio Armani opted for a more neutral ...

END_OF_DOCUMENT_TOKEN_TO_BE_REPLACED

I was in Hong Kong to attend Art Basel, the world's largest and leading modern and contemporary art exhibition. So many people c...

END_OF_DOCUMENT_TOKEN_TO_BE_REPLACED

You saw those eyes… with Givenchy!

Today, more love from Givenchy! 🙂 Can't seem to get enough of Givenchy! And this time it's not just the bags, it's the glasses...

END_OF_DOCUMENT_TOKEN_TO_BE_REPLACED

It's really not too difficult to pack for the beach. In addition to your usual beach essentials, which would consist of a bottle...

END_OF_DOCUMENT_TOKEN_TO_BE_REPLACED

Antonio Marras' setting could not be more appropriate. Garage Milano was transformed into a wedding reception at tea time. Eac...

END_OF_DOCUMENT_TOKEN_TO_BE_REPLACED

Create an Account
Start typing to see products you are looking for.
Shop
Sidebar
0 Wishlist
0 items Cart
My account